Robert Viglasky is a movie stills photographer with a sideline in street photography. We get used to US based street pictures, whether they be gritty New York or sunshine and colour in LA. There are plenty of London street images, but it’s more unusual to see them from other towns and cities in the UK. Robert Viglasky’s picture of the women in the window was taken in Oxford. 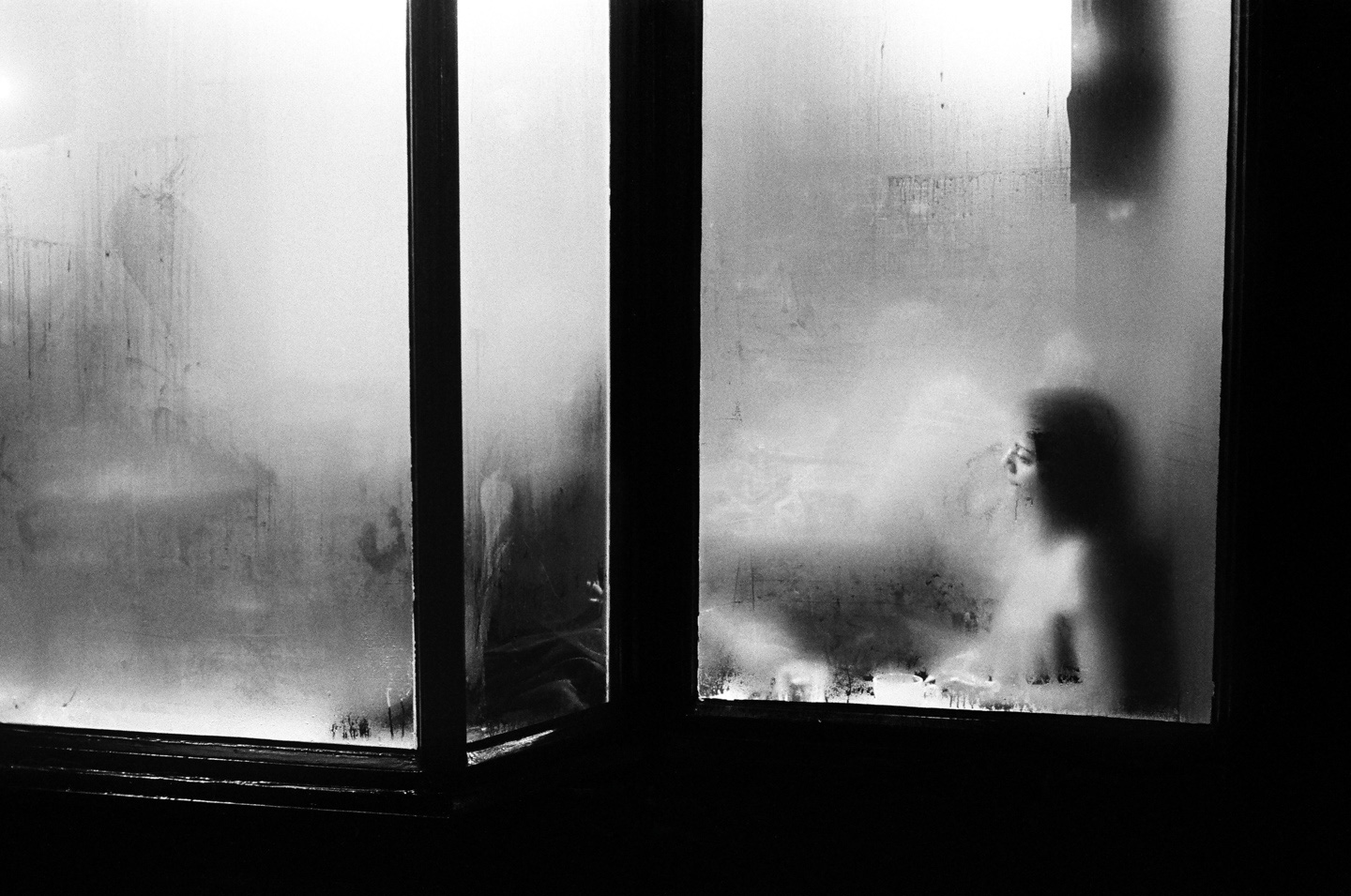 This picture captures what a British Autumn, Winter or Spring feels like. Weather plays an important part in location images and we’re conditioned into thinking that good pictures need a certain sort of weather: sunshine, storm clouds, thick snow or torrential rain. The weather in the UK isn’t really like that, it’s much more blurgh — a bit damp, a bit cold, but never anything too dramatic. Everything I see in this image.

There’s a specific sort of condensation that is very pre-millennial Britain — you know it will be there from the icky feeling in a room. I have memories of Dad doing constant battle against it. Primary school windows were permanently covered in it. Double glazing and air conditioning have changed things, so there is some nostalgia in the image. It looks like it’s been raining and everyone has come in soaked, it’s warm inside so all that moisture ends up on the windows. Rain can be difficult to capture in a picture; unless it’s intense and backlit it tends to disappear. Instead, it’s often referenced indirectly: puddles, drips, umbrellas or just (my favourite) shiny reflections on the road. Condensation in this picture is an indirect, but evocative reference.

Apart from atmosphere, the condensation also plays a practical purpose in this image. By blurring out everything but the women, your focus is drawn straight to her and then you gradually get a sense of the activity around her. The break in condensation — did she wipe it away to look outside? What was she looking at? She’s turned her attention back to her partner now. The condensation means there are lots of people inside, it must be warm, maybe too warm? It must be noisy in there. It’s a single frame, with practically no detail, but it tells so much.

You always want to know more, who is she? Who is she with? She looks deep in concentration. What are they talking about?

I don’t see many pictures that capture the UK’s weather well, I like this picture because it does. I love it because I can feel what it was like to be in that room.

There’s not much to say about this picture. I think it’s a medium-long lens, maybe around 75mm. The photographer isn’t right up against the window, there’s no reflection or shadow, but he’s not too far away.

He’s out shooting in the rain, so he’s probably using something pretty tough. I think it’s shot on film (or has a good film grain effect applied). Street photographers often like Leicas, but it could be a Nikon F4 or something similar. He might have set the exposure manually, a window lit from behind with condensation is quite a confusing thing for a camera’s auto focus system to understand.

I find street photography really difficult. I’m barely brave enough to take people’s pictures who have asked me to do so. When I have tried, I’ve found it slightly easier using a camera with a waist level view finder. These are the ones that you hold below and look down at. There’s something a little less aggressive about doing this. Some photographers who spend enough time taking these sort of pictures can aim, focus and get the picture without looking through the viewfinder at all. There’s a real skill in spotting a street image and being efficient enough to capture it before it’s gone.